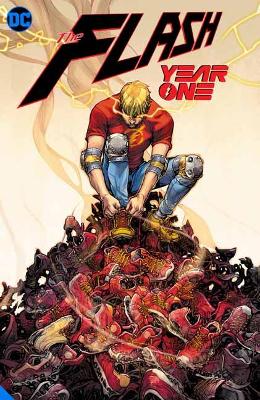 Barry Allen is stuck in place. As a forensic scientist for the Central City police, it's his job to catch criminals after they've committed their crimes. It's like he's lost the race before he even leaves the starting line.

Then one night lightning strikes--and everything changes.

Electrocuted and doused in chemicals, Barry emerges from a coma with the force of incredible speed humming in his very atoms. He's faster than bullets, faster than sound, faster than anyone can imagine.

And he'd better be. Because even as Barry learns how to harness his incredible new powers, a new breed of criminal is stalking Central City. Some can slow him to a standstill. Others can freeze him in place. Still others run so hot and so fast he can't see them coming.

The race is on for one of the DC Universe's most iconic superheroes to become the legend he is destined to be.

Other Editions - Flash: Year One by Joshua Williamson A Preview for this title is currently not available.
More Books By Joshua Williamson
View All