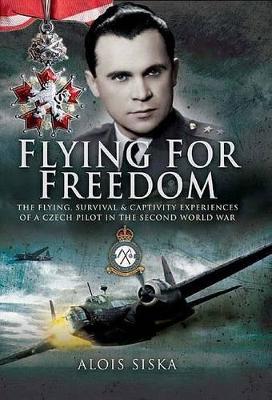 The Flying, Survival and Captivity Experiences of a Czech Pilot in the Second World War

Alois Siska was born in Czechoslovakia and learnt to fly. He escaped to the UK after the German invasion and joined the RAF. He describes his experiences flying Wellington bombers. In December 1943 he was shot down and he and surviving members of the crew were adrift in the North Sea foe seven days in appalling conditions. Picked up by the Germans he underwent surgery to his badly wounded legs and became a POW. He suffered at the hands of the Gestapo and was held in numerous camps including Colditz. His injuries were so extensive that he was put under the care of Archibald McIndoe. Siska chose to return to his native country to join their air force but fell foul of the Communist authorities. His persecution is described in the closing chapters. 16 pages of b/w photos