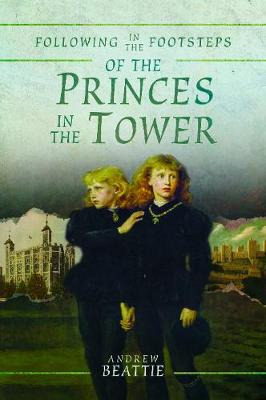 Following in the Footsteps of the Princes in the Tower

The story of the Princes in the Tower is well known: the grim but dramatic events of 1483, when the twelve-year-old Edward Plantagenet was taken into custody by his uncle, Richard of Gloucester, and imprisoned in the Tower of London along with his younger brother, have been told and re-told hundreds of times. The true events of that year remain shrouded in mystery, and the end of the young princes' lives are an infamous part of the War of the Roses and Richard III's reign. Yet little about their lives is commonly known. Following the Footsteps of the Princes of the Tower tells the story in a way that is wholly new: through the places where the events actually unfolded. It reveals the lives of the princes through the places they lived and visited. From Westminster Abbey to the Tower of London itself, and from the remote English castles of Ludlow and Middleham to the quiet Midlands town of Stony Stratford, the trail through some of England's most historic places throws a whole new light on this most compelling of historical dramas. AUTHOR: Andrew Beattie is the author of several cultural-historical titles, including books on Prague and Cairo in Signal Books' Cities of the Imagination series and on the Scottish Highlands and the River Danube for their Landscapes of the Imagination series; he has also written for the travel series Rough Guides. He is a graduate of Oxford University and lives in London. 20 b/w illustrations

Buy Following in the Footsteps of the Princes in the Tower by Andrew Beattie from Australia's Online Independent Bookstore, BooksDirect.

A Preview for this title is currently not available.
More Books By Andrew Beattie
View All