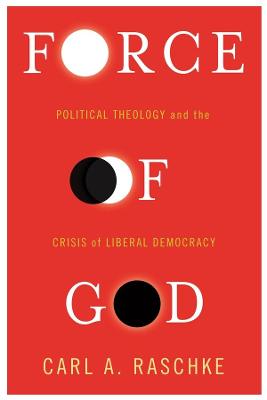 Force of God: Political Theology and the Crisis of Liberal Democracy

Description - Force of God: Political Theology and the Crisis of Liberal Democracy by Carl A. Raschke

For theorists in search of a political theology that is more responsive to the challenges now facing Western democracies, this book tenders a new political economy anchored in a theory of value. The political theology of the future, Carl Raschke argues, must draw on a powerful, hidden impetus-the "force of God"-to frame a new value economy. It must also embrace a radical, "faith-based" revolutionary style of theory that reconceives the power of the "theological" in political thought and action.

Raschke ties democracy's retreat to the West's failure to confront its decadence and mobilize its vast spiritual resources. Worsening debt, rising unemployment, and gross income inequality have led to a crisis in political representation and values that twentieth-century theorists never anticipated. Drawing on the thought of Hegel and Nietzsche as well as recent work by Michel Foucault, Jacques Derrida, Jean-Joseph Goux, Giorgio Agamben, and Alain Badiou, among others, Raschke recasts political theology for a new generation. He proposes a bold, uncompromising critical theory that acknowledges the enduring significance of Marx without his materialism and builds a vital, more spiritually grounded relationship between politics and the religious imaginary.

Buy Force of God: Political Theology and the Crisis of Liberal Democracy by Carl A. Raschke from Australia's Online Independent Bookstore, BooksDirect.

A Preview for this title is currently not available.
More Books By Carl A. Raschke
View All