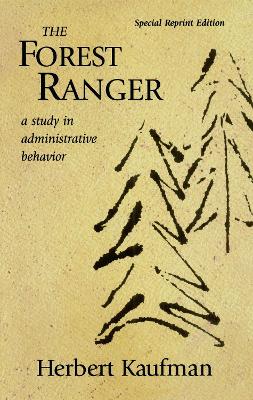 A Study in Administrative Behavior

It is the rare book that remains in print for nearly fifty years, earning wide acclaim as a classic. The Forest Ranger has been essential reading for generations of professionals and scholars in forestry, public administration, and organizational behavior who are interested in the administration of public lands and how the top managers of a large, dispersed organization with multiple objectives like the Forest Service shape the behavior of its field officers into a coherent, unified program. Published as a special reprint in conjunction with the 100th anniversary of the U.S. Forest Service, The Forest Ranger is as relevant and timely today as when it was first issued in 1960.

In addition to the original text, this special reprint of The Forest Ranger includes two new forewords and an afterword that highlight how much we have learned from Herbert Kaufman. The first foreword, by Harold K. (Pete) Steen, former president of the Forest History Society, considers the book's impact on the forestry community and explains its continued relevance in light of changes in the culture and mission of today's Forest Service. The second, by Richard P. Nathan, co-director of the Rockefeller Institute of Government, considers the book's contribution to our understanding of administrative and organizational behavior.

A new afterword by author Herbert Kaufman describes how his landmark study came into being and offers a candid assessment of how his theories about the agency's operations and its future have held up over time. In 1960, the Forest Service had a welldeserved reputation for excellence, and The Forest Ranger was a seminal analysis of the how's and why's of its success. Kaufman also warned, however, that an organization so unified and well adapted to its environment would have difficulties navigating social change. He was right in his concerns: The environmental, civil rights, and women's movements have all presented challenges to the character and purpose of the Forest Service, ultimately changing the organization in subtle and not-so-subtle ways. Now, as then, The Forest Ranger is a striking and prescient case study of how a complex organization operates and evolves over time.

Other Editions - The Forest Ranger by Herbert Kaufman 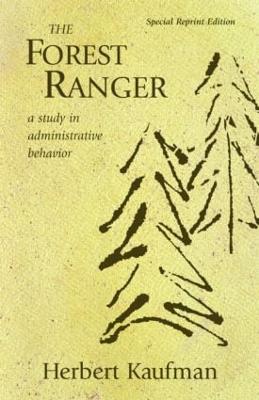 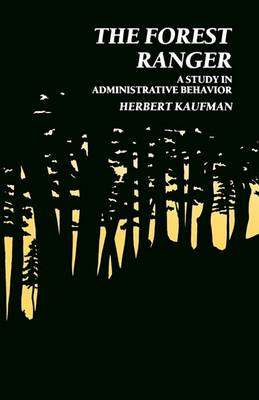 A Preview for this title is currently not available.
More Books By Herbert Kaufman
View All

The Clock That Had No Hands, and Nineteen Other Essays about Advertising
Herbert Kaufman
Paperback , Nov '18
RRP: $47.63 $42.87