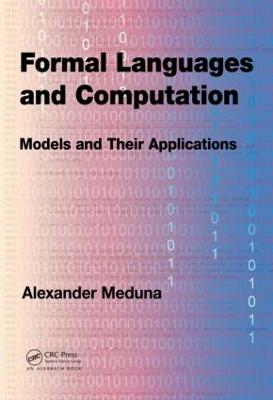 Models and Their Applications

Formal Languages and Computation: Models and Their Applications gives a clear, comprehensive introduction to formal language theory and its applications in computer science. It covers all rudimental topics concerning formal languages and their models, especially grammars and automata, and sketches the basic ideas underlying the theory of computation, including computability, decidability, and computational complexity. Emphasizing the relationship between theory and application, the book describes many real-world applications, including computer science engineering techniques for language processing and their implementation.

In short, this book represents a theoretically oriented treatment of formal languages and their models with a focus on their applications. It introduces all formalisms concerning them with enough rigors to make all results quite clear and valid. Every complicated mathematic

Other Editions - Formal Languages and Computation by Alexander Meduna A Preview for this title is currently not available.
More Books By Alexander Meduna
View All