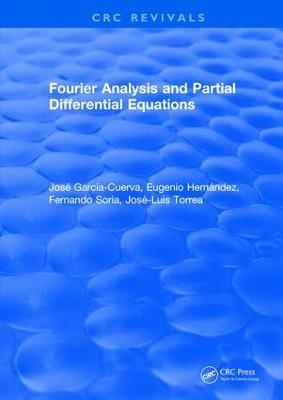 Fourier Analysis and Partial Differential Equations presents the proceedings of the conference held at Miraflores de la Sierra in June 1992. These conferences are held periodically to assess new developments and results in the field. The proceedings are divided into two parts. Four mini-courses present a rich and actual piece of mathematics assuming minimal background from the audience and reaching the frontiers of present-day research. Twenty lectures cover a wide range of data in the fields of Fourier analysis and PDE. This book, representing the fourth conference in the series, is dedicated to the late mathematician Antoni Zygmund, who founded the Chicago School of Fourier Analysis, which had a notable influence in the development of the field and significantly contributed to the flourishing of Fourier analysis in Spain.