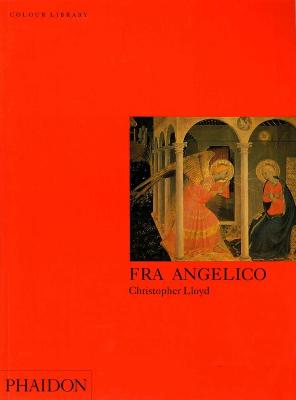 Fra Angelico (c. 1400-55) is one of the most popular artists of the early Italian Renaissance. In his own lifetime churches and cathedrals competed for his work, and the style he evolved has come to be regarded as the natural language of religious painting. For more than a century the popular image of an angel has been that of an angel by Fra Angelico.Perhaps his best known work is the series of fresco decorations in the convent of San Marco in Florence, where Angelico was a friar. These paintings tell the story of the life of Christ as vividly and movingly today as they must have done over five hundred years ago. The powerful simplicity of the forms, the treatment of light and the subtlety of colour testify both to Fra Angelico's personal religious conviction and to his awareness of recent developments in Florentine art.This comprehensive survey of Angelico's work includes many panels from San Marco, and from his other important commission in the Vatican, and a superb selection of altarpieces and panels spanning his whole working life.Christopher Lloyd's authoritative essay on Angelico was first published in 1979, with the forty-eight full page colour plates. For this revised edition, David White has added a full and clear commentary on each picture, and numerous black-and-white illustrations to compare with the paintings.

A Preview for this title is currently not available.
More Books By Christopher Lloyd
View All

Absolutely Everything!: A History of Earth, Dinosaurs, Rulers, Robots and Other Things Too Numerous to Mention
Christopher Lloyd
Hardback , Sep '18
20% OFF!
RRP: $32.99 $26.39