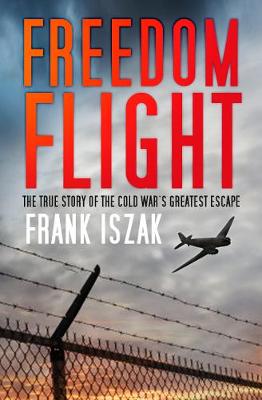 The True Story of the Cold War's Greatest Escape

On the afternoon of Friday 13 July 1956, seven desperate young people boarded a commercial flight in the People's Republic of Hungary with the intention of hijacking it (the first in history), diverting it to West Germany and claiming political asylum. They had no weapons, no map, and no idea whether the plane carried enough fuel to get them there. They would have to brave the gun of the security officer on board, the wild manoeuvres of the pilot, the Russian MiG fighters in hot pursuit, and a harrowing flight over the stormy Alps without navigation. Failure would mean certain death. One of the seven was Frank Iszak, a young journalist at the apex of the Communist terror in Hungary, whose controversial articles had landed him in a uranium mine for 'reeducation'. He broke out, but remained a fugitive within the country's heavily guarded borders. In order to escape, he put together a boxing team, and en route to the regional championship they diverted their flight across the Iron Curtain... AUTHOR: Following his daring escape to the West, Frank Iszak received political asylum before moving to America. He has worked as a chemist, publisher, public speaker and a martial artist. Today, he teaches yoga in San Diego with his wife, Serpil. SELLING POINTS: . Freedom Flight has received critical acclaim in America . The film of the book is due to go into production later this year . Story was a worldwide sensation at the time 16 b/w illustrations 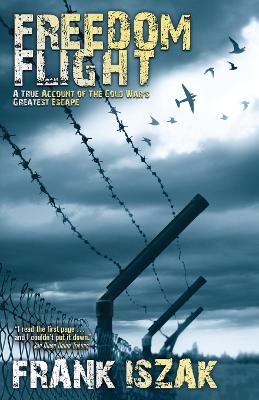 A Preview for this title is currently not available.
More Books By Frank Iszak
View All