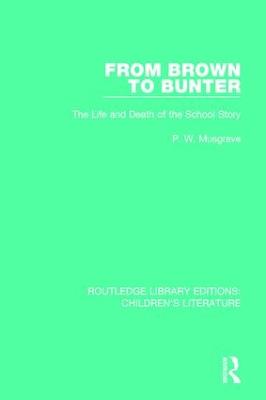 From Brown to Bunter

The Life and Death of the School Story

Description - From Brown to Bunter by P. W. Musgrave

Originally published in 1985. This is a fascinating account of the life cycle of a minor literary genre, the boys' school story. It discusses early nineteenth-century precursors of the school story - didactic works with such revealing titles as The Parents' Assistant - and goes on to examine in detail the two major examples of the genre - Hughes's Tom Brown's School Days and Farrar's Eric. The slow development of the genre during the 1860s and 1870s is traced, and its institutionalisation by Talbot Baines Reed in, for example, The Fifth Form at St Dominic's, is described.

Many similar works were subsequently published for adults and adolescents, and the author shows how they differ from the originals in being critical in tone and written to a formula in plot and style. This development is discussed in relation to the changing social structure of Britain up to 1945, by which time to life of the genre was almost ended.

Other Editions - From Brown to Bunter by P. W. Musgrave 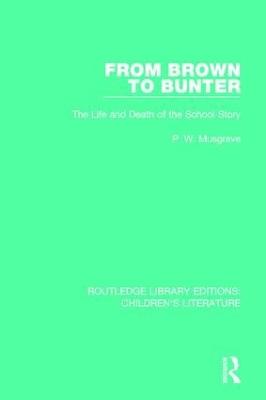 A Preview for this title is currently not available.
More Books By P. W. Musgrave
View All