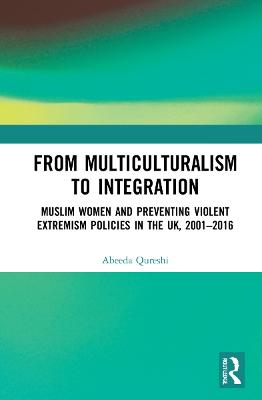 From Multiculturalism to Integration: Muslim Women and Preventing Violent Extremism Policies in the UK, 2001-2016

Description - From Multiculturalism to Integration: Muslim Women and Preventing Violent Extremism Policies in the UK, 2001-2016 by Abeeda Qureshi

This book is key to the debates surrounding the achievement of Preventing Violent Extremism (PVE), a crucial aspect of SDG16 - 'Peace, Justice and Strong Institutions'. It examines the role of Muslim women activists in the implementation of ethno-religious minority policies in the UK. It presents a comprehensive analysis of Muslim women's engagement with political and governance processes over the years, especially the execution of PVE policies in the aftermath of the 7/7 bombings in the UK. It studies the extent to which the government has been successful in its policy of involving Muslim women in governing contexts, by referring to changes that these women have brought about as part of the government's consultative forums and meetings. Drawing on evidence based on documentary analysis and in-depth elite interviews, the author highlights the positive role of non-elected Muslim women in the wider debate on countering extremism and radicalization.

An important contribution to the study of minority policies in the UK, the book will be useful for students and researchers of security studies, public policy, minority studies, politics, multiculturalism, terrorism, race and ethnic studies and sociology.