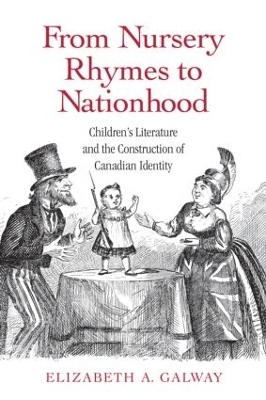 From Nursery Rhymes to Nationhood

Children's Literature and the Construction of Canadian Identity

Description - From Nursery Rhymes to Nationhood by Elizabeth Galway

As Canada came to terms with its role as an independent nation following Confederation in 1867, there was a call for a literary voice to express the needs and desires of a new country. Children's literature was one of the means through which this new voice found expression. Seen as a tool for both entertaining and educating children, this material is often overtly propagandistic and nationalistic, and addresses some of the key political, economic, and social concerns of Canada as it struggled to maintain national unity during this time. From Nursery Rhymes to Nationhood studies a large variety of children's literature written in English between 1867 and 1911, revealing a distinct interest in questions of national unity and identity among children's writers of the day and exploring the influence of American and British authors on the shaping of Canadian identity. The visions of Canada expressed in this material are often in competition with one another, but together they illuminate the country's attempts to define itself and its relation to the world outside its borders.

Other Editions - From Nursery Rhymes to Nationhood by Elizabeth Galway 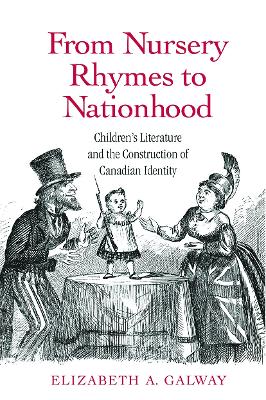 A Preview for this title is currently not available.
More Books By Elizabeth Galway
View All