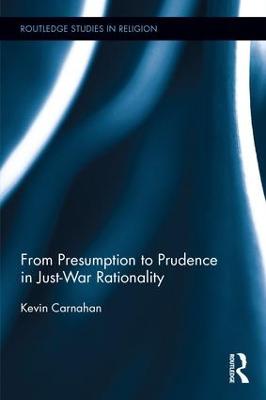 From Presumption to Prudence in Just-War Rationality

For the last several decades, the Just-War debate amongst theologians has been dominated by two accounts of moral rationality. One side assumes a presumption against harm (PAH), and the other identifies with a presumption against injustice (PAI). From Presumption to Prudence in Just-War Rationality argues that the time has come to leave behind these two viewpoints in favour of a prudentially grounded approach to Just-War thinking.

In Parts 1 and 2 of the book, Kevin Carnahan offers immanent critiques of the PAI and PAH positions. In Part 3, utilising Paul's treatment of the atonement and use of the idea of the imitation of Christ, he lays out an alternative to the ways in which theologians in favour of the PAI or PAH have construed the Christian narrative. In Part 4, Carnahan then develops a neo-Aristotelian account of prudence as a higher order virtue governing the interpretation of moral reality. Drawing on this account, he explores what Just-War rationality would look like if it were prudentially grounded. The work concludes with a case study on noncombatancy in the 2011 Israeli bombardment of Gaza.

This book offers a compelling new perspective on this important and pertinent subject. As such, academics and students in Religion, Theology, Philosophy, Ethics and Political Theory will all find it an invaluable resource on Just-War theory. 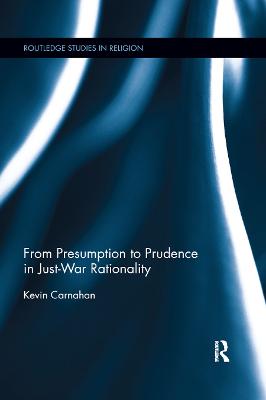 A Preview for this title is currently not available.
More Books By Kevin Carnahan
View All