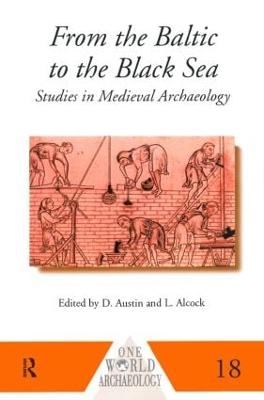 From the Baltic to the Black Sea

Description - From the Baltic to the Black Sea by Leslie Alcock

From the Baltic to the Black Sea offers a rare insight into the closed world of medieval Eastern Europe and opens up a neglected archaeological tradition to English-speaking readers. It suggests new approaches to the period when written history begins and the early medieval states emerge on which the nationalities of modern Europe are based. The book examines early European ethnic formations and states, the demography of medieval populations and the nature of rural settlement and urban development. There are chapters on the contact between Byzantium and medieval Hungary and Scandinavia, with an assessment of the Byzantine influence on Avar goldsmiths, as well as accounts of new research into Avar chieftain-burials and into coinage in the late Viking Age. There is also analysis of the medieval populations of Denmark, of social organisation in Poland and cultural conflict in Livonia. Finally studies of early settlement in Bohemia and the Danube valley are complemented by detailed accounts of the origin and growth of three great medieval cities - Lubeck, Prague and Kiev.
From the Baltic to the Black Sea challenges the intellectual assumptions of medieval archaeology, questions its relationship to history and prehistory and exposes the limitations of a strictly empirical approach to the subject. The book will make fascinating reading for students of medieval archaeology, of medieval history, and of prehistory. It will provoke a fresh debate about Europe's medieval past, which is particularly important at a time when twentieth-century Europe is striving to redefine its future. Leslie Alcock, University of Glasgow, UK; Brigit Arrhenius, University of Stockholm, Sweden; David Austin, University of Wales, Lampeter, UK; Jesper L. Boldsen, University


Buy From the Baltic to the Black Sea by Leslie Alcock from Australia's Online Independent Bookstore, BooksDirect. 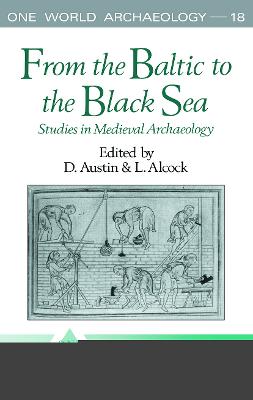 A Preview for this title is currently not available.
More Books By Leslie Alcock
View All