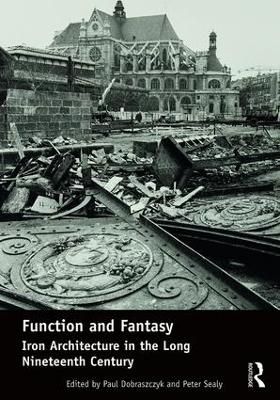 Function and Fantasy: Iron Architecture in the Long Nineteenth Century

The introduction of iron - and later steel - construction and decoration transformed architecture in the nineteenth century. While the structural employment of iron has been a frequent subject of study, this book re-directs scholarly scrutiny on its place in the aesthetics of architecture in the long nineteenth century. Together, its eleven unique and original chapters chart - for the first time - the global reach of iron's architectural reception, from the first debates on how iron could be incorporated into architecture's traditional aesthetics to the modernist cleaving of its structural and ornamental roles.

The book is divided into three sections. Formations considers the rising tension between the desire to translate traditional architectural motifs into iron and the nascent feeling that iron buildings were themselves creating an entirely new field of aesthetic expression. Exchanges charts the commercial and cultural interactions that took place between British iron foundries and clients in far-flung locations such as Argentina, Jamaica, Nigeria and Australia. Expressing colonial control as well as local agency, iron buildings struck a balance between pre-fabricated functionalism and a desire to convey beauty, value and often exoticism through ornament. Transformations looks at the place of the aesthetics of iron architecture in the late nineteenth and early twentieth centuries, a period in which iron ornament sought to harmonize wide social ambitions while offering the tantalizing possibility that iron architecture as a whole could transform the fundamental meanings of ornament.

Taken together, these chapters call for a re-evaluation of modernism's supposedly rationalist interest in nineteenth-century iron structures, one that has potentially radical implications for the recent ornamental turn in contemporary architecture.

Other Editions - Function and Fantasy: Iron Architecture in the Long Nineteenth Century by Paul Dobraszczyk 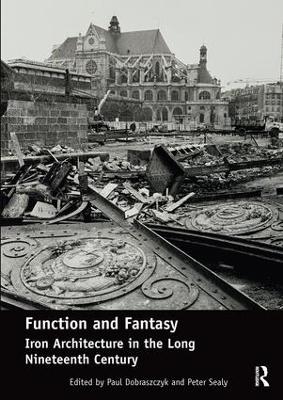 A Preview for this title is currently not available.
More Books By Paul Dobraszczyk
View All