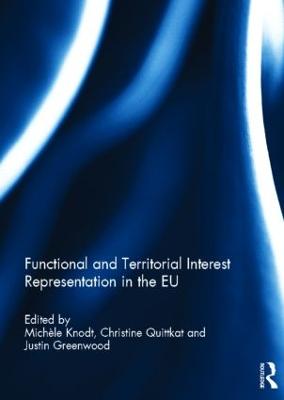 Functional and Territorial Interest Representation in the EU

Despite a substantial legacy of literature on EU interest representation, there is no systematic analysis available on whether a European model of interest representation in EU governance is detectable across functional, and territorial, categories of actors. 'Functional' actors include associations for business interests, the professions, and trade unions, as well as 'NGOs' and social movements; territorial based entities include public actors (such as regional and local government), as well as actors primarily organised at territorial level. What are the similarities and differences between territorial, and functional, based entities, and are the similarities greater than the differences? Are the differences sufficient to justify the use of different analytical tools? Are the differences within these categories more significant than those across them? Is there a 'professionalised European lobbying class' across all actor types? Does national embeddedness make a difference? Which factors explain the success of actors to participate in European governance?

This book was originally published as special issue of Journal of European Integration. 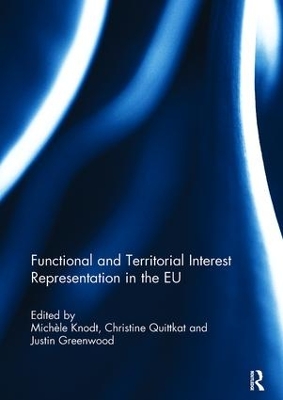 A Preview for this title is currently not available.
More Books By Michele Knodt
View All

Functional and Territorial Interest Representation in the EU
Michele Knodt
Paperback , May '17
RRP: $81.99 $81.17