This book examines the role music has played in the formation of the political and national identity of the Bahamas. Timothy Rommen analyzes Bahamian musical life as it has been influenced and shaped by the islands' location between the United States and the rest of the Caribbean; tourism; and Bahamian colonial and postcolonial history. Focusing on popular music in the second half of the twentieth and early twenty-first centuries, in particular rake-n-scrape and Junkanoo, Rommen finds a Bahamian music that has remained culturally rooted in the local even as it has undergone major transformations. Highlighting the ways entertainers have represented themselves to Bahamians and to tourists, Funky Nassau illustrates the shifting terrain that musicians navigated during the rapid growth of tourism and in the aftermath of independence. 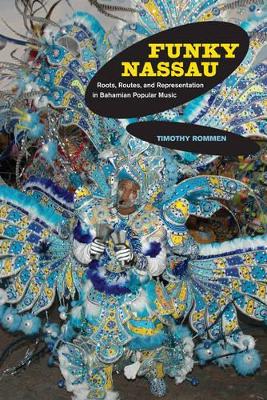 A Preview for this title is currently not available.
More Books By Timothy Rommen
View All