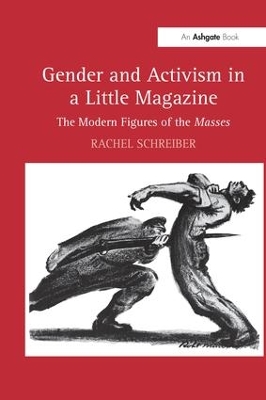 Gender and Activism in a Little Magazine

The Modern Figures of the Masses

Description - Gender and Activism in a Little Magazine by Rachel Schreiber

Interweaving nuanced discussions of politics, visuality, and gender, Gender and Activism in a Little Magazine uncovers the complex ways that gender figures into the graphic satire created by artists for the New York City-based socialist journal, the Masses. This exceptional magazine was published between 1911 and 1917, during an unusually radical decade in American history, and featured cartoons drawn by artists of the Ashcan School and others, addressing questions of politics, gender, labor and class. Rather than viewing art from the Masses primarily in terms of its critical social stances or aesthetic choices, however, this study uses these images to open up new ways of understanding the complexity of early 20th-century viewpoints. By focusing on the activist images found in the Masses and studying their unique perspective on American modernity, Rachel Schreiber also returns these often-ignored images to their rightful place in the scholarship on American modernism. This book demonstrates that the centrality of the Masses artists' commitments to gender and class equality is itself a characterization of the importance of these issues for American moderns. Despite their alarmingly regular reliance on gender stereotypes"and regardless of any assessment of the efficacy of the artists' activism"the graphic satire of the Masses offers invaluable insights into the workings of gender and the role of images in activist practices at the beginning of the last century. 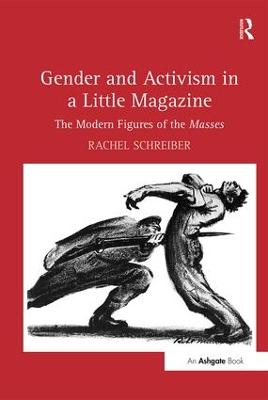 A Preview for this title is currently not available.
More Books By Rachel Schreiber
View All