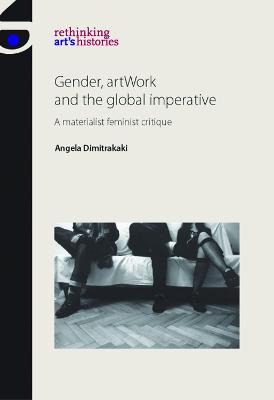 Gender, Artwork and the Global Imperative

Description - Gender, Artwork and the Global Imperative by Angela Dimitrakaki

Is gender implicated in how art does its work in the world created by global capital? Is a global imperative exclusive to capital's planetary expansion or also witnessed in oppositional practices in art and curating? And what is new in the gendered paradigms of art after the fall of the Berlin Wall? Angela Dimitrakaki addresses these questions in an insightful and highly original analysis of travel as artistic labour, the sexualisation of migration as a relationship between Eastern and Western Europe, the rise of female collectives, masculinity and globalisation's 'bad boys', the emergence of a gendered economic subject that has dethroned postmodernism, and the need for a renewed materialist feminism. Now available in paperback, this is a theoretically astute overview of developments in art and its contexts since the 1990s and the first study to attempt a critical refocusing of feminist politics in art history in the wake of globalisation. It will be essential reading in art history, gender, feminist and globalisation studies, curatorial theory, cultural studies and beyond. -- .

Other Editions - Gender, Artwork and the Global Imperative by Angela Dimitrakaki A Preview for this title is currently not available.
More Books By Angela Dimitrakaki
View All