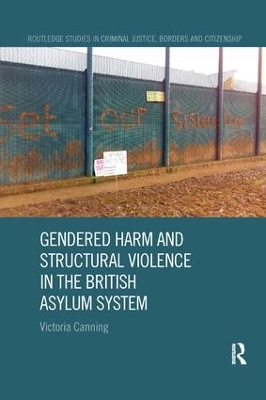 Gendered Harm and Structural Violence in the British Asylum System

Winner of the 2018 British Society of Criminology Book Prize

Britain is often heralded as a country in which the rights and welfare of survivors of conflict and persecution are well embedded, and where the standard of living conditions for those seeking asylum is relatively high. Drawing on a decade of activism and research in the North West of England, this book contends that, on the contrary, conditions are often structurally violent. For survivors of gendered violence, harm inflicted throughout the process of seeking asylum can be intersectional and compound the impacts of previous experiences of violent continuums. The everyday threat of detention and deportation; poor housing and inadequate welfare access; and systemic cuts to domestic and sexual violence support all contribute to a temporal limbo which limits women's personal autonomy and access to basic human rights.

By reflecting on evidence from interviews, focus groups, activist participation and oral history, Gendered Harm and Structural Violence provides a unique insight into the everyday impacts of policy and practice that arguably result in the infliction of further gendered harms on survivors of violence and persecution.

Of interest to students and scholars of criminology, zemiology, sociology, human rights, migration policy, state violence and gender, this book develops on and adds to the expanding literatures around immigration, crimmigration and asylum. 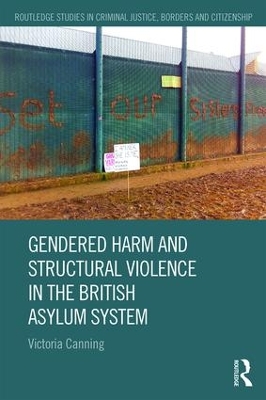 A Preview for this title is currently not available.
More Books By Victoria Canning
View All