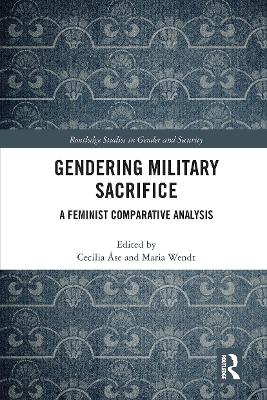 This book offers a feminist analysis of military sacrifice and reveals the importance of a gender perspective in understanding the idea of honourable death.

In present-day security discourses, traditional masculinised obligations to die for the homeland and its women and children are challenged and renegotiated. Working from a critical feminist perspective, this book examines the political and societal justifications for sacrifice in wars motivated by human rights and an international responsibility to protect. With original empirical research from six European countries, the volume demonstrates how gendered and nationalistic representations saturate contemporary notions of sacrifice and legitimate military violence. A key argument is that a gender perspective is necessary in order to understand, and to oppose, the idea of the honourable military death. Bringing together a wide range of materials - including public debates, rituals, monuments and artwork - to analyse the justifications for soldiers' deaths in the Afghanistan war (2002-14), the analysis challenges methodological nationalism. The authors develop a feminist comparative methodology and engage in cross-country and transdisciplinary analysis. This innovative approach generates new understandings of the ways in which both the idealisation and the political contestation of military violence depend on gendered national narratives.

This book will be of much interest to students of gender studies, critical military studies, security studies and International Relations. 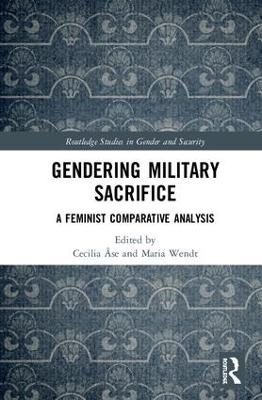 A Preview for this title is currently not available.
More Books By Cecilia Ase
View All