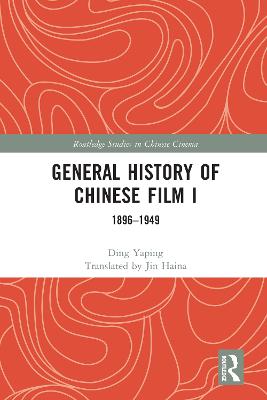 The early years of the history of Chinese film have lately been the subject of resurgent interest and a growing body of scholarship has come to recognise and identify an extraordinarily diverse and complex period. This volume explores the development of Chinese film from 1896 to 1949.

The volume covers the screening of foreign films in Shanghai, Hong Kong and other coastal cities in China, the technological and industrial development of Chinese national cinema, key filmmakers and actors of early Chinese cinema, changing modes of representation and narration, as well as the social and cultural contexts within which early Chinese films were produced and circulated. The relationship between the War of Resistance against Japan and the Chinese civil war and Chinese film is also explored.

The book will be essential reading for scholars and students in film studies, Chinese studies, cultural studies and media studies, helping readers develop a comprehensive understanding of Chinese film.

A Preview for this title is currently not available.
More Books By Ding Yaping
View All