A Case Study of the Genetic Research on the Lemba

This is the first book to explore the effect of genetic research on the Lemba Judaising community of Southern Africa and the phenomenon of Israelite identity.

The science of genetics as relayed by the media is perceived by laymen as being irreproachably objective 'hard science': its disinterested 'scientific' findings appear immensely impressive and may therefore act as a powerful catalyst for change. In this case, an oral tradition cherished by many of the Lemba that they are of Jewish origin appears to be supported by recent DNA testing, which has deeply affected the narrative and religious identity of the group and the way the tribe is perceived in the Western world.

International in appeal, this topical text brings together cutting-edge research on the social, cultural and ethical implications of genetics and the study of Judaising movements across the world. This book will be of interest to researchers and students of Jewish history, genetic anthropology, race and ethnicity studies, and religious and cultural studies.

Other Editions - Genetics, Mass Media and Identity by Tudor Parfitt 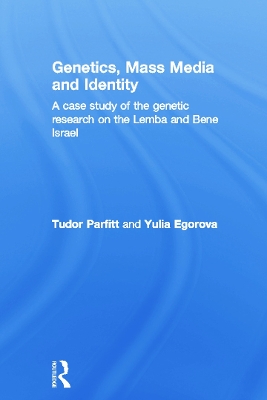 A Preview for this title is currently not available.
More Books By Tudor Parfitt
View All