Exploring the rich variety of pictorial rhetoric in early modern northern European genre images, this volume deepens our understanding of genre's place in early modern visual culture. From 1500 to 1700, artists in northern Europe pioneered the category of pictures now known as genre, portrayals of people in ostensibly quotidian situations. Critical approaches to genre images have moved past the antiquated notion that they portray uncomplicated 'slices of life,' describing them instead as heavily encoded pictorial essays, laden with symbols that only the most erudite contemporary viewers and modern iconographers could fully comprehend. These essays challenge that limiting binary, revealing a more expansive array of accessible meanings in genre's deft grafting of everyday scenarios with a rich complex of experiential, cultural, political, and religious references. Authors deploy a variety of approaches to detail genre's multivalent relations to older, more established pictorial and literary categories, the interplay between the meaning of the everyday and its translation into images, and the multifaceted concerns genre addressed for its rapidly expanding, unprecedentedly diverse audience. 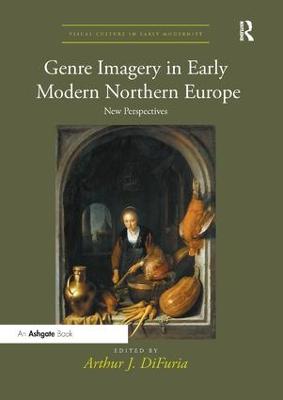 A Preview for this title is currently not available.
More Books By Arthur J. DiFuria
View All