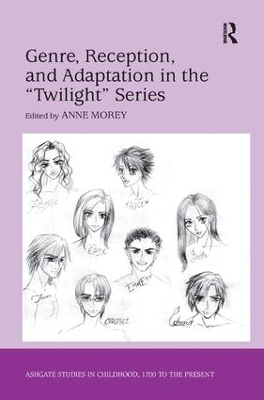 Genre, Reception, and Adaptation in the Twilight Series

Description - Genre, Reception, and Adaptation in the Twilight Series by Anne Morey

Much of the criticism on Stephenie Meyer's immensely popular 'Twilight' novels has underrated or even disparaged the books while belittling the questionable taste of an audience that many believe is being inculcated with anti-feminist values. Avoiding a repetition of such reductive critiques of the series's purported shortcomings with respect to literary merit and political correctness, this volume adopts a cultural studies framework to explore the range of scholarly concerns awakened by the 'Twilight novels and their filmic adaptations. Contributors examine 'Twilight's debts to its predecessors in young adult, vampire, and romance literature; the problems of cinematic adaptation; issues in fan and critical reception in the United States and Korea; and the relationship between the series and contemporary conceptualizations of feminism, particularly girl culture. Placing the series within a broad tradition of literary history, reception studies, and filmic adaptation, the collection offers scholars the opportunity to engage with the books' importance for studies of popular culture, gender, and young adult literature.

Other Editions - Genre, Reception, and Adaptation in the Twilight Series by Anne Morey A Preview for this title is currently not available.
More Books By Anne Morey
View All