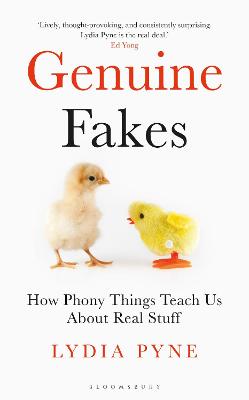 Genuine Fakes: How Phony Things Teach Us About Real Stuff

We all think we know how to define what is a fake and what is the 'real thing', even if we can't necessarily do the identification ourselves, but is that distinction as clear cut as we might think?

History is full of things that are 'real' and 'not real' at the same time, and these things can thrive for decades, even centuries, as genuine fakes. But why are they interesting - and important - in the early 21st century? The social history, scientific background, and cultural context of these genuinely fake objects have played significant roles in helping to develop and spread very real knowledge about the world and have done so in curious and unexpected ways.

Over the course of nine chapters, historian Lydia Pyne will look at nine things that fall onto this middle ground, including art forgeries, fake fossils, nature documentaries and faked text. Pulling materials and case studies from historical archives, extensive in-person interviews, and museum collections into each chapter, Genuine Fakes will encourage readers to think about all the genuinely fake things that they engage with every day. Authenticity shapes how we evaluate history, representation, intellectual property, copyright, and even language. Amid worries of 'fake news' and 'alternative facts', the question of authenticity has taken on particular urgency in this century.

1) the convention that a thing is either fake or not;
2) that not-real things - fakes - are, by definition, bad;
3) that fakes have nothing to teach us about understanding the real world.

It will show audiences that authenticity is a continuum, one that's told story after story. Genuine Fakes is a collection of stories about how science and society come together to create genuinely fake things, and the knowledge that is created because of them.

Other Editions - Genuine Fakes: How Phony Things Teach Us About Real Stuff by Lydia Pyne 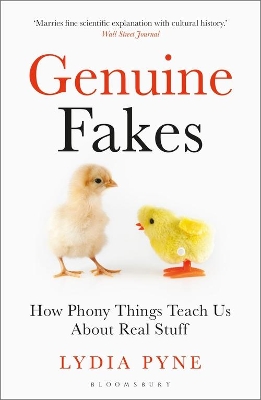 A Preview for this title is currently not available.
More Books By Lydia Pyne
View All