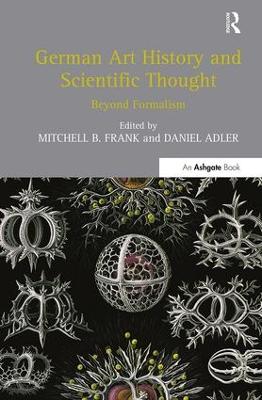 A fresh contribution to the ongoing debate between Kunstwissenschaft (scientific study of art) and Kunstgeschichte (art history), this essay collection explores how German-speaking art historians of the late nineteenth and early twentieth century self-consciously generated a field of study. Prominent North American and European scholars provide new insights into how a mixing of diverse methodologies took place, in order to gain a more subtle and comprehensive understanding of how art history became institutionalized and legitimized in Germany. One common assumption about early art-historical writing in Germany is that it depended upon a simplistic and narrowly-defined formalism. This book helps to correct this stereotype by demonstrating the complexity of discussion surrounding formalist concerns, and by examining how German-speaking art historians borrowed, incorporated, stole, and made analogies with concepts from the sciences in formulating their methods. In focusing on the work of some of the well-known 'fathers' of the discipline - such as Alois Riegl and Heinrich Woelfflin - as well as on lesser-known figures, the essays in this volume provide illuminating, and sometimes surprising, treatments of art history's prior and understudied interactions with a wide range of scientific orientations, from psychology, sociology, and physiognomics to evolutionism and comparative anatomy.

Other Editions - German Art History and Scientific Thought by Mitchell B. Frank A Preview for this title is currently not available.
More Books By Mitchell B. Frank
View All