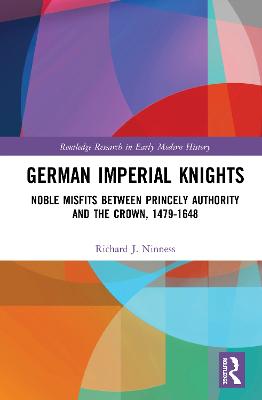 The German imperial knights were branded disobedient, criminal, or treasonous, but instead of finding themselves on the wrong side of history, they resisted marginalization and adapted through a combination of conservative and progressive strategies. The knights tried to turn the elite world on its head through their constant challenges to the princes in the realms of both culture and governance. They held their own chivalric tournaments from 1479-1487, and defied the emperor and powerful princes in refusing to obey laws that violated custom. But their resistance led to a series of disasters in the 1520s: their leaders were hunted down and their castles destroyed. Having failed on their own, they turned to Emperor Charles V in the 1540s and the imperial knighthood was formed. This new status stabilized their position and provided them with important rights, including the choice between Lutheranism and Catholicism. During the Reformation era (1517-1648), no other German group embraced diversity in religion like the imperial knights. Despite the popularity of Protestantism in the group, they stood up to their princely adversaries, now Protestant, becoming champions of the Catholic Church and proved themselves just as staunch defenders of the Church as the Habsburg and Wittelsbach dynasties.