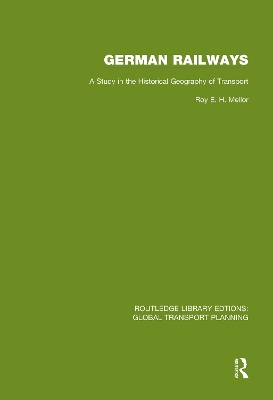 German Railways: A Study in the Historical Geography of Transport

Description - German Railways: A Study in the Historical Geography of Transport by Roy E. H. Mellor

Originally published in 1979, this volume is an invaluable study of a railway system and its adjustment to changing political-geographical conditions, as well as changes in economic and social geography. Each change in the territorial extent or in the internal territorial-administrative organisation of Germany has had its repercussions upon the spatial pattern of the country's economy and consequently upon the demand for transport. Furthermore, the central position of Germany within the continent has given an added importance to the role of its railways in the overall pattern of the European railway system. For the transport geographer the comparisons and contrasts with the British railway system are particularly insightful.

A Preview for this title is currently not available.
More Books By Roy E. H. Mellor
View All