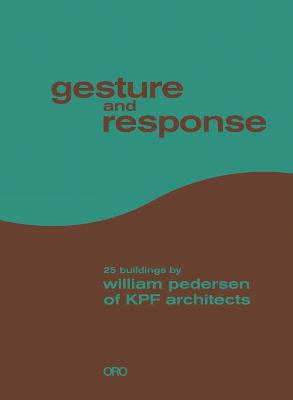 The work of Kohn Pedersen Fox is international in scope, collaborative in design, and a product of individual voices focused on a single objective - making an architecture, of our time, which creates strong bonds with the the specific place it occupies. While William Pedersen founded the firm, with partners Gene Kohn and Shelley Fox, he never aspired to be a 'director of design.' They had the components with Gene's entrepreneurial drive, Shelley's management and Bill's design leadership - to be a large firm. 'Directing' the work of a large firm was not Bill's desire, instead he wanted to focus on a body of work which he could call his own. The example that work set would inspire others, and it did. Now there are several voices leading their design - all of them rose to their position within the office. The purpose of this book is to define the work of one of the voices - Bill Pedersen's. Pedersen has worked with many different designers, in close collaboration, throughout his career, though his work speaks with a singular voice. Here it is represented chronologically and concludes with the latest phase - furniture. Working from the largest scale to the smallest has always been a preoccupation of those who lead design in KPF. Many of Pedersen's architectural heroes designed chairs, and he strives to follow in their footsteps. AUTHOR: Born in St. Paul, Minnesota in 1938, William Pedersen was educated at the St. Paul Academy, the University of Minnesota and the Massachusetts Institute Technology. In 1961 he was married to Elizabeth Essex of Rochester, Minnesota. They have been married for 58 years. In 1976 he formed Kohn, Pedersen Fox Architects with Gene Kohn and Shelly Fox. SELLING POINTS: William Pedersen's descriptions of his building's and furniture from 1976 to 2019 An architect describes his work in his own words 500 colour images

A Preview for this title is currently not available.
More Books By William Pedersen
View All