His Life and Character UK ed.

The author of The Pirates of Penzance, The Mikado, HMS Pinafore and the other great Savoy libretti, W.S. Gilbert, witty, caustic and disrespectful, was one of the celebrities of the late Victorian age. In his time he had been many things: journalist, theatre critic, cartoonist, comic poet, stage director, writer of short stories and dramatist; a political satire he wrote was banned by the Lord Chamberlain at the personal insistence of the Prince of Wales. He wrote the most brilliantly inventive plays of his time. With Arthur Sullivan he wrote comic operas that defined the age. He became richer and more famous than he could have imagined, but at the price of his artistic freedom. This is the story of an angry and quarrelsome man, discontented with himself and the age he lived in, raging at life's absurdities and laughing at them. In this book his glorious, contradictory character is explored and brought vividly to life.

Other Editions - Gilbert of Gilbert & Sullivan by Andrew Crowther 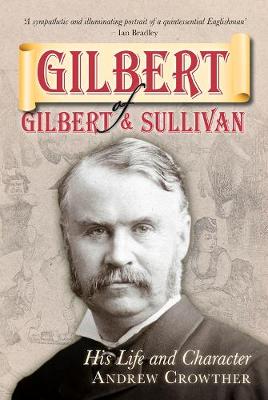 A Preview for this title is currently not available.
More Books By Andrew Crowther
View All