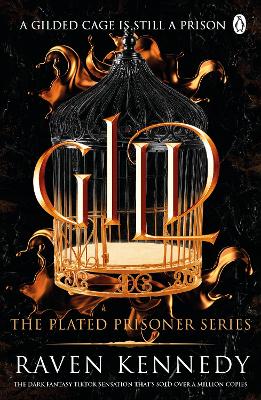 Gild: The TikTok fantasy sensation that's sold over half a million copies

Description - Gild: The TikTok fantasy sensation that's sold over half a million copies by Raven Kennedy

Gild is first book in The Plated Prisoner - the 44M view Tik Tok Fantasy phenomenon. It follows Auren - the woman King Midas turned to gold - as she escapes the King and faces fearsome enemies, and her own demons, to find her voice

Or that's what we were always told. The Golden King with his palace of riches and me, his golden touched girl.

I'm kept locked away. For my safety, I'm told. No one can get in. Apart from him.

But when political upheaval becomes strife in our kingdom, I am sent with the royal court to be with my King.

And everything I know starts to change. My love for Midas is challenged, my trust is broken. Everything I knew about him was wrong.

We are told it's his tale but really, it's mine.

A Preview for this title is currently not available.
More Books By Raven Kennedy
View All