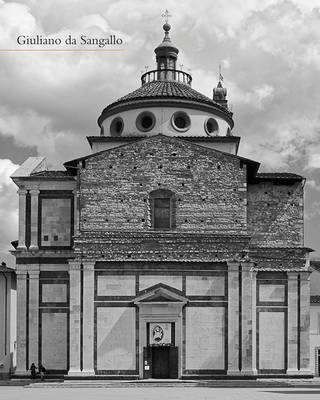 Giuliano da Sangallo (1443-1516) headed a dynasty of Florentine architects who played a central role in the development of Renaissance architecture. Giuliano is especially notable for the influence he had on his contemporaries, introducing numerous innovations that were further developed by Bramante, Michelangelo and Palladio. His work is consistently excellent, and has endured the trials of time. For Lorenzo il Magnifico, he built the 'humanistic' villa of Poggio a Caiano, employing the first facade of a classical temple to be used in a piece of residential architecture; this model would survive for at least three centuries. Similarly, to this day his church of Santa Maria delle Carceri in Prato remains one of the greatest examples of the central-plan Renaissance church. Giuliano's fortresses, palaces, villas and churches can be found across Italy, in Savona, Pisa, Florence, Prato, Loreto, Rome and Naples. In the Eternal City, with the help of his nephew Antonio the Younger, he was instrumental in the building of the new basilica of St. Peter and of Palazzo Farnese. This academic guide is sumptuously illustrated, making for a reading experience both highly educative and enjoyable. It introduces this old master in terms accessible enough for the new student to grasp, but will also be of interest to those who are already aware of Sangallo's legacy, as it contains a wealth of insights from a cross-continental team of scholars. Text in English and Italian 126 colour, 361 b/w