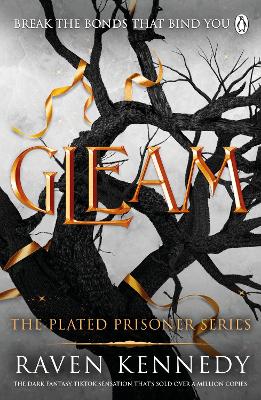 Gleam: The TikTok fantasy sensation that's sold over half a million copies

Description - Gleam: The TikTok fantasy sensation that's sold over half a million copies by Raven Kennedy

The third novel in Tik Tok Fantasy Phenomenon - The Plated Prisoner Series. Auren must plans her revenge against one king while trying to resist falling for another . . .

I was told that being confined was to keep the bad out . . . Until i realized it was about keeping me in

Midas made me forbidden and weak. Little did he know that I would find my voice which sings now.

And the last thing I wanted was my heart to break.

Can I fall in love when my fate hangs in the balance?

One thing is for sure, I won't be caught in a cage again.

This time, it'll be me setting the trap

A Preview for this title is currently not available.
More Books By Raven Kennedy
View All