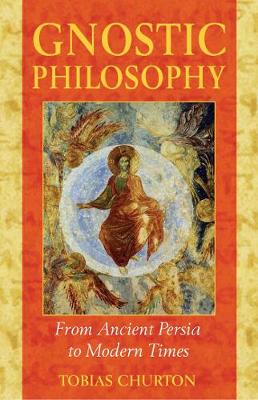 From Ancient Persia to Modern Times

Gnosticism was a contemporary of early Christianity, and its demise can be traced to Christianity's efforts to silence its teachings. The Gnostic message, however, was not destroyed but simply went underground. Starting with the first emergence of Gnosticism, the author shows how its influence extended from the teachings of neo-Platonists and the magical traditions of the Middle Ages to the beliefs and ideas of the Sufis, Jacob Boehme, Carl Jung, Rudolf Steiner, and the Rosicrucians and Freemasons. In the language of spiritual freemasonry, gnosis is the rejected stone necessary for the completion of the Temple, a Temple of a new cosmic understanding that today's heirs to Gnosticism continue to strive to create.

The Gnostics believed that the universe embodies a ceaseless contest between opposing principles. Terrestrial life exhibits the struggle between good and evil, life and death, beauty and ugliness, and enlightenment and ignorance: gnosis and agnosis. The very nature of physical space and time are obstacles to humanity's ability to remember its divine origins and recover its original unity with God. Thus the preeminent gnostic secret is that we are God in potential and the purpose of bona fide gnostic teaching is to return us to our godlike nature.

Tobias Churton is a filmmaker and the founding editor of the magazine Freemasonry Today. He studied theology at Oxford University and created the award-winning documentary series and accompanying book The Gnostics, as well as several other films on Christian doctrine, mysticism, and magical folklore. He lives in England.

A Preview for this title is currently not available.
More Books By Tobias Churton
View All

Aleister Crowley in India: The Secret Influence of Eastern Mysticism on Magic and the Occult
Tobias Churton
Hardback , Jan '20
RRP: $86.80 $78.12