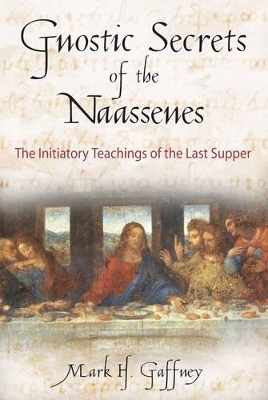 Gnostic Secrets of the Naassenes

The Initiatory Teachings of the Last Supper

Description - Gnostic Secrets of the Naassenes by Mark H. Gaffney

* Describes the ancient relationship between water and spirit

* Features the translated source text from The Refutation of All Heresies by Bishop Hippolytus, the only existing record of the Naassene Sermon

In the third century C.E., the Catholic Bishop Hippolytus composed A Refutation of All Heresies in which his chief target was the Gnostic sect the Naassenes, whose writings included a recounting of Jesus' actual teachings at the Last Supper. Contrary to Church attacks, the Naassenes were not a heretical derivative of Christianity but the authentic foundation and purveyor of Christ's message. In fact, much of what passes as Christianity has nothing to do with the original teachings of its founder.

The message recorded in the Naassene Sermon was intended for an inner circle of disciples who were prepared for advanced initiation into Jesus' wisdom teachings. The Grail discussed therein was not an actual chalice but a symbol of the indwelling of the divine. The teachings involved the awakening of spirit and included practices aimed at restoring the soul's lost connection with God. Immanence, in the true sense intended by Jesus, thus allows for spiritual attainment in this life by ordinary individuals without the intermediary of Church or priest. This was the real meaning of the Last Supper and why the Naassenes believed that Jesus was the fulfillment of all the Mystery traditions.

A Preview for this title is currently not available.
More Books By Mark H. Gaffney
View All