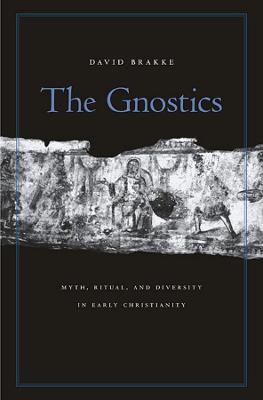 Description - The Gnostics by David Brakke

Who were the Gnostics? And how did the Gnostic movement influence the development of Christianity in antiquity? Is it true that the Church rejected Gnosticism? This book offers an illuminating discussion of recent scholarly debates over the concept of ?Gnosticism? and the nature of early Christian diversity. Acknowledging that the category ?Gnosticism? is flawed and must be reformed, David Brakke argues for a more careful approach to gathering evidence for the ancient Christian movement known as the Gnostic school of thought. He shows how Gnostic myth and ritual addressed basic human concerns about alienation and meaning, offered a message of salvation in Jesus, and provided a way for people to regain knowledge of God, the ultimate source of their being.

Rather than depicting the Gnostics as heretics or as the losers in the fight to define Christianity, Brakke argues that the Gnostics participated in an ongoing reinvention of Christianity, in which other Christians not only rejected their ideas but also adapted and transformed them. This book will challenge scholars to think in news ways, but it also provides an accessible introduction to the Gnostics and their fellow early Christians.

Other Editions - The Gnostics by David Brakke A Preview for this title is currently not available.
More Books By David Brakke
View All