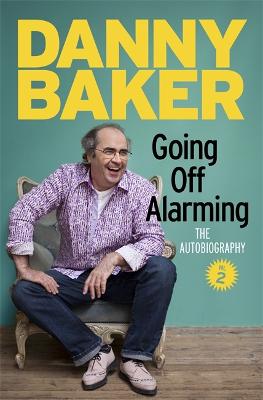 The first volume of broadcaster Danny Baker's memoirs concludes with his initial move from radio into television and the first SIX O'CLOCK SHOW in 1982 when he is 24 years old. It thus follows the pattern set by multi-volume autobiographies of an eventful early life entirely comprising the first book in the series. Aiming high, Danny then began a BBC Saturday night show called DANNY BAKER AFTER ALL, following the format of David Letterman's LATE NIGHT, but the show had no real success and did not attract the audience needed to keep the show on the air. At this point he appeared in two television commercials: Daz washing powder and Mars bar chocolate, which were seen by the public as over-exposure or trying too hard.Later, there were appearances on comedy shows like HAVE I GOT NEWS FOR YOU, SHOOTING STARS, ROOM 101, COMIC RELIEF DOES THE APPRENTICE and THE ROCKY HORROR SHOW. His stellar career on the radio began on BBC GLR in 1989 presenting the WEEKEND BREAKFAST. From then on, Baker jumped from station to station: BBC Radio 5 where he presented sports shows including the ground-breaking 6-0-6, which still influences the media's approach to the criticism of players, managers and referees. This second volume of one of the most entertaining memoirs of 2012 takes Danny into his TV career, one full of humour and television-induced anxiety - going off alarming.

Other Editions - Going Off Alarming by Danny Baker 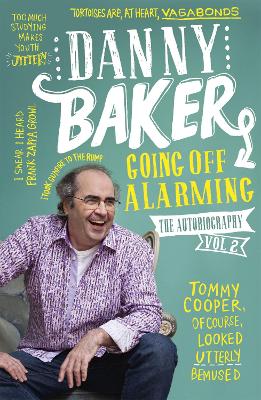 A Preview for this title is currently not available.
More Books By Danny Baker
View All