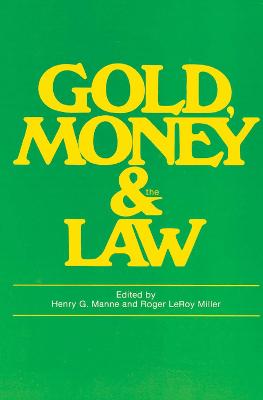 Gold, Money and the Law

Description - Gold, Money and the Law by Roger LeRoy Miller

Beginning 30 years ago American citizens were allowed to own and exchange gold in any form, something they had not been able to do for the previous 40 years. Restrictions on gold began with a series of actions intended to buttress the collapsing economy of the 1930s, including executive and legislative action forbidding the private ownership of and trading in gold and abrogating "gold clauses" in contracts--obligations payable in gold or in dollars measured by gold. All of these actions were subsequently upheld by the U.S. Supreme Court. They have profound implications for us today.

This book provides a full and thoughtful consideration of all these issues, including the economic and legal history of the events of the 1930s, the effects of those events on government and private practices since that time, the economics of gold clauses and other indexing devices, and the anticipated impact of the legalization of gold ownership. It includes chapters by James M. Buchanan and T. Nicolaus Tideman, Milton Friedman, Harry G. Johnson, Ralph K. Winter, and Gerald T. Dunne, as well as discussions by Allan Meltzer, Karl Brunner, Armen Alchian, Lester Chandler, and David Meiselman among others.

The diverse points of view represented make this book valuable to a broad spectrum of people concerned with the relationship between legal and economic policy; with the role of money in times of depression or inflation; and with the importance of gold itself in international and domestic economic systems. It will be important to economists concerned with international trade, macroeconomics, monetary economics; legal scholars concerned with problems of constitutional law, international trade, and the theory of contracts; and to that large group of people who are interested in precious metal that has long been central to human affairs.

Other Editions - Gold, Money and the Law by Roger LeRoy Miller 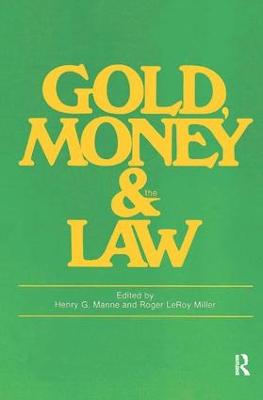 A Preview for this title is currently not available.
More Books By Roger LeRoy Miller
View All