Gomez-Pena Unplugged is an anthology of recent and rewritten classic writings from Guillermo Gomez-Pena, a figure who stands alone as unique and ground-breaking in the history of performance art and as the artistic director of transdisciplinary performance troupe La Pocha Nostra.

Throughout this collection, Gomez-Pena tackles literature, theory, pedagogy, activism and live art in an eclectic mix that demonstrates how the process of writing is simultaneously a performative exercise in embodied language. The writing stands as a call for action, utilizing what Gomez-Pena terms "imaginary activism" and "radical citizenship"; it invites the reader to embrace a borderless, polygendered, crossgenerational and race-literate ethos. This timely anthology comes straight from the heart of a troubled Trump-era United States and a crime cartel-ridden Mexico. Artists and writers are prompted to engage in radical performance pedagogy within the civic realm and to think of themselves as public intellectuals and "artivists" participating in the great debates of our times.

By encouraging emerging artists and writers to wildly imagine their practice beyond the normative art world and academia, this book is a fundamental read for scholars and students of performance art, political theatre, cultural studies, literature, poetry, activism and race and gender politics. 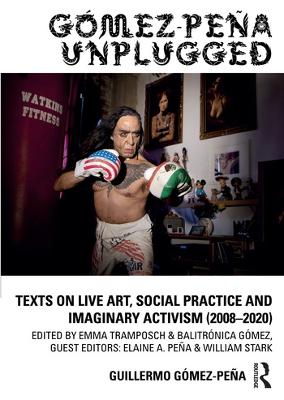