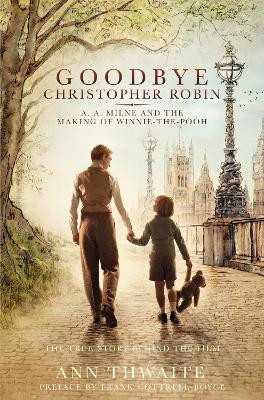 A. A. Milne and the Making of Winnie-the-Pooh

Goodbye Christopher Robin is drawn from Ann Thwaite's acclaimed biography of A. A. Milne, one of the most successful English writers ever, and the creator of Winnie-the-Pooh, and of Piglet, Tigger, Eeyore and Christopher Robin.

But the fictional Christopher Robin was based on Milne's own son. This heart-warming and touching book, which ties in to a major film directed by Simon Curtis, offers a glimpse into the relationship between Milne and the real-life Christopher Robin, whose toys inspired the magical world of the Hundred Acre Wood.

Along with his mother Daphne and his nanny Olive, Christopher Robin and his family are swept up in the international success of the books; the enchanting tales bring hope and comfort to an England ravaged by the First World War. But with the eyes of the world on Christopher Robin, what will the cost be to the family? 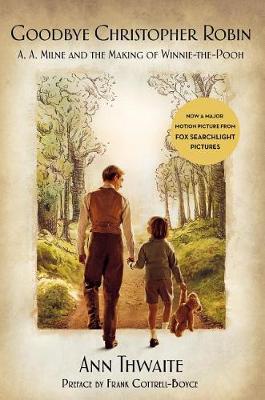 A Preview for this title is currently not available.
More Books By Ann Thwaite
View All

Beyond the Secret Garden: The Life of Frances Hodgson Burnett (with a Foreword by Jacqueline Wilson)
Ann Thwaite
Paperback , Aug '20
RRP: $24.99 $21.99