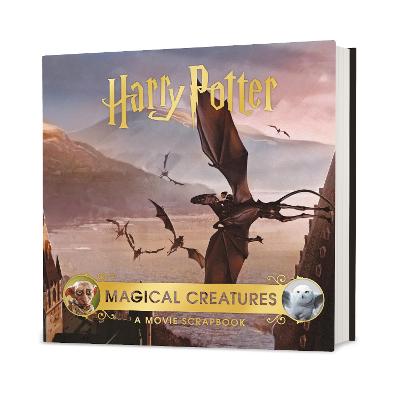 From tiny Bowtruckles to enormous fire-breathing dragons, the dazzling array of magical creatures in the wizarding world play a fascinating role in the Harry Potter films. Giant spiders lurk in the shadows, pixies run riot and majestic Hippogriffs take flight. This scrapbook explores how movie-makers brought these amazing characters to life on-screen, presenting filming secrets, concept art and behind-the-scenes photography. Prepare to meet Fawkes, Professor Dumbledore's noble phoenix; Harry's beloved owl Hedwig; menacing mountain trolls; and even the terrible Basilisk that lurks within the Chamber of Secrets. There are profiles on all sorts of magical creatures - from Fluffy the three-headed dog to Newt Scamander's Nifflers and other incredible beasts from the Fantastic Beasts film series.

This unique volume takes readers on a tour of over thirty creatures, including those of the Forbidden Forest, the Black Lake and beyond. Brimming with bonus items including stickers, posters and more, Magical Creatures: A Movie Scrapbook is a must-have collectable for fans of the wizarding world.

A Preview for this title is currently not available.
More Books By Warner Bros.
View All