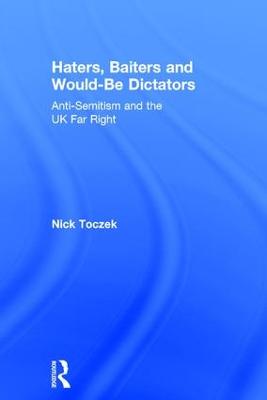 Anti-Semitism and the UK Far-Right

For fifty-five years, from 1919 until 1975, The Britons published Jew-hating literature. For the forty years until his death in 1948, the founder and president of The Britons, Henry Hamilton Beamish, devoted his life to touring the world as an obsessive preacher of this hatred. Using material he has collected over the past thirty years, Nick Toczek tells their story. This is the first complete history of The Britons, which was the most prolific and influential advocate of extreme prejudice against all things Jewish - not least as the publishers of that notorious forgery, The Protocols of the Elders of Zion. Likewise, his is the first biography of Beamish.

Putting both The Britons and Beamish into context, this book also examines and explains their precursors, their contemporaries and their legacy. Here, then are detailed accounts of hundreds of anti-Jewish organisations and individuals. These include the late-Victorian anti-Semitism of Arnold White and the British Brothers League; the curious life of Rotha Lintorn Orman who was the unlikely founder of British Fascisti, Britain's first fascist party; Anglo-American supporters of Hitler; the lives and roles of extreme haters such as Arnold Leese and Colin Jordan; and the whole history of The Protocols, including the key role played by American motor magnate, Henry Ford. This shocking history of hatred takes us from South Africa to Nazi Germany, America to Rhodesia.

Other Editions - Haters, Baiters and Would-be Dictators by Nick Toczek 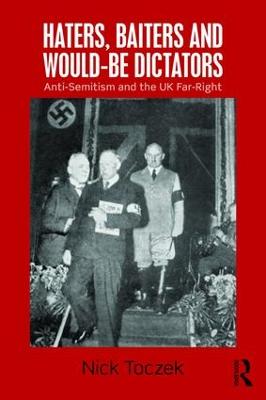 A Preview for this title is currently not available.
More Books By Nick Toczek
View All