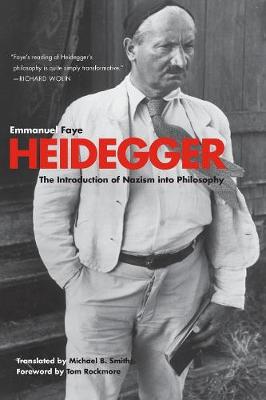 In the most comprehensive examination to date of Heidegger's Nazism, Emmanuel Faye draws on previously unavailable materials to paint a damning picture of Nazism's influence on the philosopher's thought and politics.

In this provocative book, Faye uses excerpts from unpublished seminars to show that Heidegger's philosophical writings are fatally compromised by an adherence to National Socialist ideas. In other documents, Faye finds expressions of racism and exterminatory anti-Semitism.

Faye disputes the view of Heidegger as a naive, temporarily disoriented academician and instead shows him to have been a self-appointed "spiritual guide" for Nazism whose intentionality was clear. Contrary to what some have written, Heidegger's Nazism became even more radical after 1935, as Faye demonstrates. He revisits Heidegger's masterwork, Being and Time, and concludes that in it Heidegger does not present a philosophy of individual existence but rather a doctrine of radical self-sacrifice, where individualization is allowed only for the purpose of heroism in warfare. Faye's book was highly controversial when originally published in France in 2005. Now available in Michael B. Smith's fluid English translation, it is bound to awaken controversy in the English-speaking world.

Other Editions - Heidegger by Emmanuel Faye 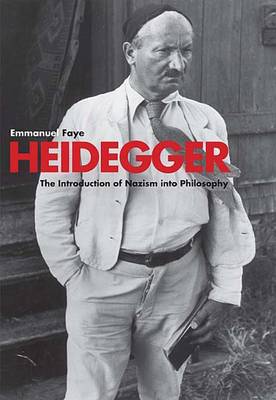 A Preview for this title is currently not available.
More Books By Emmanuel Faye
View All