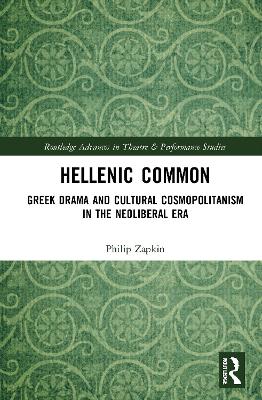 Analyzing plays by Femi Osofisan, Moira Buffini, Marina Carr, Colin Teevan, and Yael Farber, this book shows how contemporary adapters draw tragic and mythic material from a cultural common and remake those stories for modern audiences. Phillip Zapkin theorizes a political economy of adaptation, combining both a formal reading of adaptation as an aesthetic practice and a political reading of adaptation as a form of resistance. Drawing an ethical centre from Kwame Anthony Appiah's work on cosmopolitanism and Michael Hardt and Antonio Negri's theory of the common, Hellenic Common argues that Attic tragedy forms a cultural commonwealth from which dramatists the world over can rework, reimagine, and restage materials to envision aspirational new worlds through the arts.

This study will be of great interest to students and scholars of drama, adaptation studies, literature, and neoliberalism.