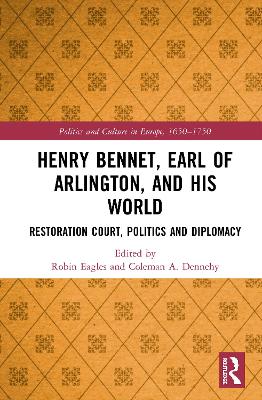 Henry Bennet, Earl of Arlington, and his World: Restoration Court, Politics and Diplomacy

This book offers the first major reassessment of the life and work of Sir Henry Bennet, earl of Arlington, for over a century. Arlington was one of Charles II's chief ministers and the book charts his early years through to the careers of his descendants, examining his political development as a courtier, diplomat, linguist and politician. Authored by a series of experts in the field, the book not only shines a light on his career, but also on Charles II's reign as a whole, on the Cavalier court and on Restoration politics. Arlington was a significant player in international politics and this is reflected in the collection's treatment of his time abroad in the 1650s, his central role as an advisor and ambassador, and his influence in Ireland.

A Preview for this title is currently not available.
More Books By Robin Eagles
View All