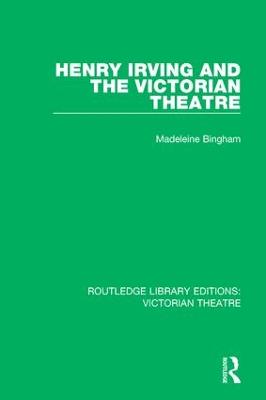 Henry Irving and The Victorian Theatre

Description - Henry Irving and The Victorian Theatre by Madeleine Bingham

Originally published in 1978. Henry Irving achieved an astounding success in Britain and America as an actor; yet he lacked good looks, had spindly legs, and did not have a good voice. He said so himself. Today Irving is regarded as the archetype of the old-time actor, but in his own time he was regarded as a great theatrical innovator. Even Bernard Shaw, who attacked him pitilessly, even unto death, called him 'modern' when he first saw him act.

Irving, the man, with his tenacious, obsessive talent, his human limitations and weaknesses, and his ephemeral glory is brought most sympathetically to life in this biography. It is written from contemporary sources, and from criticisms, lampoons, caricatures and gossip columns.

If Irving reflected certain aspects of his age, this book underlines the Victorian ethic to which he appealed and the backcloths against which it was set - the extraordinary lavishness of the Lyceum productions and the incredible extravagance of social entertaining. Not the least absorbing aspect of this biography is the fascinating account of the long partnership between Irving and Ellen Terry, still in many respects an enigmatic one, but here portrayed with lively insight into character combined with understanding and deep knowledge of the social and theatrical context of the Victorian age.

Other Editions - Henry Irving and The Victorian Theatre by Madeleine Bingham 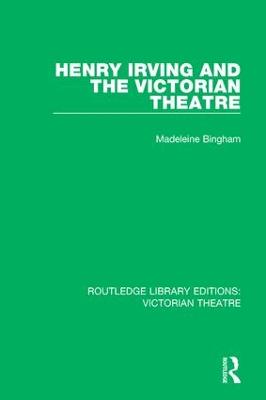 A Preview for this title is currently not available.
More Books By Madeleine Bingham
View All