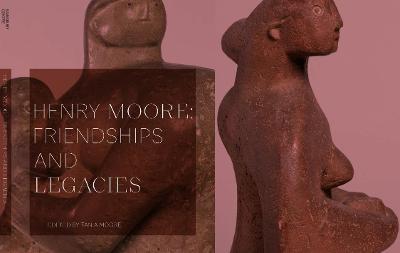 Henry Moore is often lauded as one of the most pre-eminent artists of the twentieth century who raised the status of British sculpture internationally. This book centres some of his friendships to illuminate the networks in which he was working and how they impacted the legacy of the public presentation of the artist and his work. Henry Moore's humanist sculpture changed the course of art in the twentieth-century and raised the status of British sculpture internationally. Friendships and Legacies explores Moore's relationships with collectors Robert and Lisa Sainsbury and photographer John Hedgecoe and how they had impact on the public presentation of Moore and his work, who became one of the most prominent sculptors of the twentieth century. Moore became friends with Robert and Lisa Sainsbury after their first purchase of his work in 1933. They formed a close friendship and went on to acquire 22 important works by the artist. The Sainsburys gifted their personal collection to the University of East Anglia where Moore's works now form a key part of the displays both inside and outside the Sainsbury Centre. Henry Moore and John Hedgecoe had a close friendship spanning almost forty years. Hedgecoe took many photographs of Moore, producing four books about the artist and his work. Many of these photographs have become iconic, contributing to the public perception of Moore. Friendships and Legacies also includes 24 extended catalogue texts about each of the works by Moore in the Sainsbury Centre collection. The book is richly illustrated with archive images and new photography. AUTHOR: Tania Moore is Curator at the Sainsbury Centre having previously worked at the Royal Academy of Arts and the Henry Moore Foundation. Publications include 'Artists, Institutions and Objects: Magdalene Odundo as artist-curator' in Magdalene Odundo: The Journey of Things (The Hepworth Wakefield, 2019); 'Elisabeth Frink and the Geometry of Fear' in Elisabeth Frink: Humans and Other Animals (Sainsbury Centre, 2018); and 'The Nation's Collections: Moore's personal wealth of influence' in Becoming Henry Moore (Henry Moore Foundation, 2017).

A Preview for this title is currently not available.
More Books By Tania Moore
View All