Description - The Hermitage by Geraldine Norman

The Hermitage Musuem in St Petersburg is possibly the greatest museum in the world. It began as a showcase for the art treasures of the Tsars and reflects their legendary extravagance. Imperial romances, marriages and murders all had an impact on the collection, as did the byzantine bartering of international politics. Nationalised by the Bolsheviks in 1917, the museum expanded to fill the imperial family's Winter Palace and the three riverside pavilions that were built onto the palace in the late eighteenth century. Vast, confiscated collections came the way of the museum as a result of the Revolution - the finest treasures of the Russian nobility, as well as two great merchant collections of Gauguin, Matisse and modern masters. The courage and devotion to scholarship of its curators have helped the museum survive the terrible trials of the twentieth century: the exile, imprisonment and execution of many staff during Stalin's purges, and extremities of hunger during the siege of Leningrad - when 2,000 people lived in a makeshift bomb shelter in the museum cellars. With the 1990s has come a new battle, as the Hermitage struggles to survive amidst the economic chaos of post- Communist Russia. The Hermitage is the first full history of this great museum in any language. It highlights the human adventures involved in the creation and preservation of one of the finest art collections in the world, and reveals the hitherto unchronicled dramas of the Communist years. It provides an unusual perspective on Russia's troubled history.

Other Editions - The Hermitage by Geraldine Norman 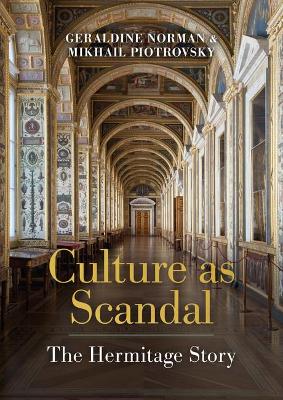 A Preview for this title is currently not available.
More Books By Geraldine Norman
View All