A magical adventure for all the family from beloved music legend Paul McCartney, taking readers around the world and back in time for bed!

From Paul McCartney - an action-packed picture book adventure celebrating the fun grandparents and grandkids can get up to.

Meet Grandude - a super-cool, intrepid-explorer grandfather with some amazing tricks up his sleeve...

Grandude is a one-of-a-kind adventurer! With his magic compass he whisks his four grandkids off on whirlwind adventures, taking them all around the globe. . .

Join them as they ride flying fish, dodge stampedes, and escape avalanches!

Brought to life with gloriously colourful illustrations from talented artist Kathryn Durst, it's the perfect bedtime story for little explorers. 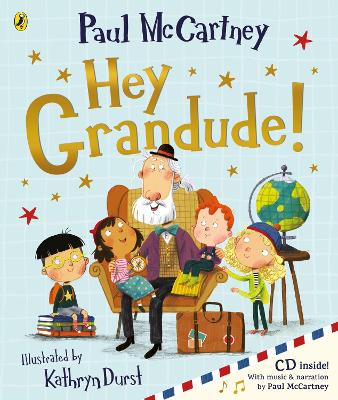